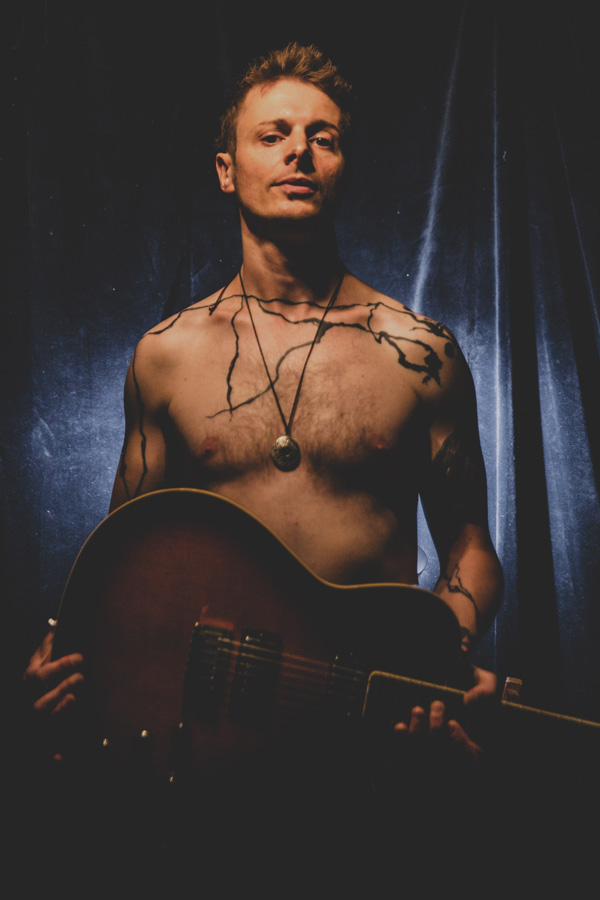 Daniel Popiałkiewicz – a guitarist and jazz-rock composer, graduate of the Academy of Music in Katowice at the Faculty of Jazz and Entertain Music, on which he got a PhD in 2017. The laureate of many international guitar competitions (including numerous first prizes). In the years 2008-2009 he lectured at the University of Zielona Góra at the Department of Jazz and Entertainment Music and he edited articles on jazz music in the “Pogranicza” magazine. In 2005, he wrote and performed music for the Pedro Calderon De La Barca performance entitled: “The Great Theatre of the World” for the XV International Festival of Sacred Music “Gaude Mater” in Częstochowa.

The wide range of skills has resulted in many different stylistic experiences. For more than ten years, he has worked with Łona, Webber & The Pimps and the accordionist Marcin Wyrostek. In addition, he has also worked with, among others, The Globetrotters, Button Huckers, Krzysztof Herdzin, Jimek, Mieczysław Szcześniak, Grażyna Auguścik, Antonina Krzysztoń, Kayah, Monika Borzym, Anna Jurksztowicz, Grzech Piotrowski, Lena Piękniewska, Piotr Polk. Frequent presence in the studio and constant presence on stage is such different environments has resulted in participation in winning many Gold and Platinum Albums, Nominations for the Fryderyk Awards and performing at over forty major Festivals in the country and abroad (often several times).

He started his solo career in 2008. He debut album was described by the press as “one of the most interesting achievements of young Polish jazz impressing with extraordinary maturity” and called it “the latest discovery of jazz scene in Poland”, while Jarosław Śmietana said that “Popiałkiewicz proves with grace and at ease that he is no doubt one of the leading jazz guitar players in Poland”. He defended his doctoral thesis entitled “Articulation techniques of rock guitarists on the ground of jazz music” with his third, latest album called “Nada” in 2017.